The NVIDIA Shield delivered quite a few impressive looking exclusives recently, most notably Pavilion. Adding to the Shield’s ranks is The Uncertain, a brand new post-apocalyptic adventure game exclusively for the NVIDIA Shield.

While most post-apocalyptic games show us what the world is like for the few humans struggling to survive in it, this game takes a different angle. Humans are gone entirely. Instead, the world left behind is one ruled by robots, in an Earth where humanity is said to have wiped itself out by its own hands.

The game puts you in the electronic shoes of an engineering robot that finds itself curious about the long dead human race. In a quest to find out more about them, the game will have you unlock secrets about the past as the center character aims to ask the question “Why have humans destroyed their entire race?”

The Uncertain is available now for $14.99, at least if you happen to own an NVIDIA Shield TV. Its unclear if or when the game might come to non-Shield devices, though this is one I personally wouldn’t mind checking out. What about you? Share your thoughts down in the comments. 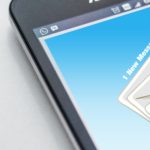 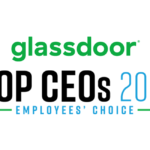