Game design and development are done by skilled programmers known as Unity developers. With the aid of this game engine, programmers can produce top-notch 2D and 3D games for mobile devices, desktop computers, and gaming consoles. With almost every OS and gaming platform, Unity offers cross-platform compatibility.

In fields ranging from animation and film to industrial and medical, Unity is used to create the next generation of entertainment media, applications, and tools. Most likely, you’ve interacted with a Unity-made product without being aware.

Why Should I Develop Games in Unity?

In the developer community, cross-platform tools are becoming more and more well-liked. Higher productivity and less effort are the causes of this. Why Should You Develop Your App Using Unity Software?

Developers must create, test, and perform much more work when creating native apps for different platforms with the same features and user interface (UI). It suggests wasting time and money.

A research2guidance report states that 30% of developers have saved 50% or more time thanks to cross-platform tools.

Over 150 cross-platform tools are available on the market and used for various tasks, including business and gaming.

App development has become more accessible thanks to tools like Unity 3D, Unreal Engine, Corona, and others. Developers frequently struggle to decide which cross-platform tool to use because so many of them are available. If you choose to develop apps with Unity, you will have an advantage in the app market. The development environment offered by Unity software enables you to produce 2D and 3D games with dependable graphics, fantastic layouts, simple designs, and captivating gameplay.

Video games can be made with it for websites, mobile devices, consoles, desktop computers, and more. While the Unity Pro version is not accessible, the Unity Free version is.

What does a developer of Unity games do?

Professionals called Unity 3D developers are in charge of implementing game functionality, turning design concepts, ideas, and requirements into a playable and satisfying game. They create and maintain effective, reusable, and trustworthy code and guarantee app and games’ best responsiveness and performance. They design games that can function in various settings.

The “visible pieces” of a game can be assembled using a graphical preview and the “play it” function in the IDE (Integrated Development Environment) where they work. Play to Earn NFT Game Development Company can produce content that can be played on mobile devices, gaming consoles like the PlayStation 4 and Xbox One, and personal computers, thanks to Unity 3D software.

There are numerous benefits to working with a specialised Unity game development studio. Creating a 3D game is not an easy task. Having a Unity developer on hand is extremely helpful because Unity is approachable.  Additionally, it is made worse by the level of expertise of the game design and development team.

The benefit of working with a unity game development company is this. It is a customised answer to your requirements, resource budgets, and timeframe. Starloop Studios wants to make that procedure simple. We have a team standing by to assist you, whether you require specialised Unity developers or programmers. 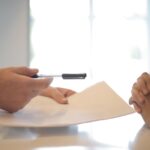