In this dangerous and unsettling pandemic year, online video games have become a savior to many people worldwide. It can be said that this year has been “the golden year” for online games. Everyone stuck somewhere in this pandemic has at least tried one of these popular games. The craze of online games is seen in every generation, according to this post from TechiePlus. Games are available according to every age and event like family games, word games, violent games, racing games, cooking games, and the list goes on to infinity. A recent study published that online video games will be the next big thing and the bright future of the gaming industry worldwide.

If you are searching for the top video games trending online, you are right. This article will bring to you the top 6 video games which are most popular and engaging. All these games are ranked based on their total number of players and the popularity they enjoy worldwide.

This game needs no introduction. It has to be put on the list as it has the most active players. The highlight of the game is its realistic graphics and first-class gameplay. The main game theme revolves around the different modes available to the player, such as one-on-one or teaming.

The battle royale mode consists of a hundred players who will fight each other and finally get a chicken dinner. Players must defeat other players in Battle Royale to win it. At the end of each game, players get rewards based on their performance in the game to help them unlock crates containing valuable items such as weapon customization and player clothing.

You know what? Its player count is around 1.071 billion!

This is another popular survival and battle royale game developed by Epic Games in 2017. Fortnite consists of four main game modes. The players compete against each other to survive to the end. The total number of players participating in battle royale mode is 100. So it’s for every of your mood.

Players can play individually or in a group of up to 4 players. The highlights of this game are not just battles, guns, or battle royale modes. You can do much more, like building walls, stairs, and other supports with different elements.

Its player count is as high as 350 million!

If war is something that attracts you, then this is your game. It is appraised as one of the best shooting games present in the world. The game has also released multiple titles. The prime thing is that you can play this game with people worldwide anytime, anywhere. Multiplayer games also mean that you may play with a group of friends.

We recommend one of the best online games of 2021. Its player count is around 280 Million.

With a player count of around 111 million worldwide, this game is a very popular multiplayer online game. The game is inspired by Defense of the Ancients, a custom map available for Warcraft III. The motivation behind creating League of Legends is to develop stand-alone games of the same genre.

The theme is that two teams of five players play one-on-one, with each team conquering and defending their side of the map. Each player in the game indicates a ‘champion’ character and has different characteristics and play styles. The simplest way to succeed in matches is to collect experience points to buy items. This makes the team more powerful and can eventually beat the opposing team.

Around 111 million people around the world play this game!

Apex Legends is another alternative for you for a battle royale game available for free. The idea of the game rotates around an island where 20 three-person teams and 30 two-person teams gather to hunt weapons and supplies to defeat other players in the game. The islands continue to decline as the game progresses. The team that survives to the end wins the round.

Can you believe the number of players playing this game worldwide is almost 70 Million?

It is one of the most exciting multiplayer games for shooters. The game’s theme revolves around two teams’ goals, divided into terrorists and counter-terrorists, to confront each other. One of the most common game modes here is to prevent Counter-Terrorists from succeeding in planning to find bombs while working.

In another mode, it is associated with Counter-Terrorists trying to protect the hostages held by terrorists. Immediately after each round, players are rewarded entirely based on their achievements in the game, so the higher the achievement, the better the reward.

It has around 46 million as its players.

With such a hard year for people, it proved a small blessing to them. Numerous games are available on the online platform according to different moods, interests, and age groups. You must have also tried at least one of these trending online games. Why are you waiting if you haven’t tried them till now? Go on and try these. 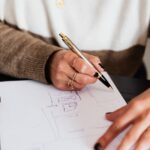