Everyone, in their childhood, gets the chance to deal with the imaginary world, i.e., the world of games where adventure, action, and thrilling moves are basic phenomena. From surfing to car racing, video games amaze us from top to bottom.

Have you ever wondered why these video games are popular? The reason states that these video games help us in experiencing another side of the coin, i.e., our life. We cannot enjoy all such activities in real life, and here’s how video games excite us to make our life more adventurous.

Have you ever played any science-fiction video games?. Some of them are yet to come, though the craze undoubtedly signifies its Position in the players’ hearts. Hold on, take a breath and ride through the journey of best among the best. For more interesting articles, visit https://techyhost.com/. Let’s move ahead and see the best sci-fi games. You are going to enjoy this article.

The series of top 6 sci-fi video games of 2021 is mentioned below:

The developers of the game are Mercury steam and Nintendo EPD. With the worldwide release date of October 8, 2021, the game held 9th rank in IMDB.

Gameplay: The action-adventure game revolves around bounty hunter Samus Aran. The player explores the planet ZDR through Samus Aran and finds new weapons and items to enter new areas. The EMMI robots are the villains. The task is to escape or kill them to upgrade your level. The action-packed video game has everything to excite you.

Battlefield 2042 is a multiplayer-focused 1st person shooter. The craze and love make it lively though it doesn’t exist. The developer stands as DICE. The ranking as per IMDB turns out to be 43 though it has not been released yet. The expected release date is November 19, 2021.

Gameplay: The game has been designed to foresee the near future. Therefore, every piece of equipment, weapons are advanced with a plus feature to exploit your gun on the spot.

At launch, the game will have seven maps to work on. The multiplayer game will have two teams fight against each other and encounter more control points than the other team. Isn’t this sound like a Hollywood action and anti-terrorism movie?

The developer of the game is Capcom. With its worldwide release on May 21, 2021, the games captured 17th rank on IMDB.

Gameplay: A beautiful snowy European village from the Victorian era is all set to amaze us. The game is more action-oriented than the initial versions. The enemy, i.e., the werewolf, is now more powerful and holds several weapons to deal with. Strategizing and then moving forward turns out to be the best alternative to win the battle. To devastate the hunger inside, the play can hunt the animal and eat them to energize himself. The advance feature allows the player to save his progress.

The graphic adventure is played from a 3rd person view. The developer of the game is Deck Nine. With the release date of September 10, 2021, the video game has an IMDB ranking of 21st Position.

Gameplay: The player controls the protagonist, Alex Chen, to explore Haven springs. The play deals with emotions and traumas that one has gone through. The conversation system allows communication with non-playable characters in the game. By holding a button, the player can access Alex Chen’s emotions. The player receives the task to comfort the character’s emotions and get out.

Gameplay: The action makes its way out with numerous characters and their emotions in the star game. All single players under one roof are fighting back to save themselves. Strategies and convictions can be a turnover.

Looks interesting!! Let’s move to the last one on the platter.

The atomic heart is an upcoming action-packed video game that has been published and supervised by Russian studio Mundfish. The release date is yet to be announced, but it has been expected that the results will be record-breaking.

Gameplay: The description stands as an actor playing an FPS video game. Look here and there. If you have weapons, exploit them and pave the way to victory. The crafting system allows us to recollect metal pieces and make our weapons through house appliances. Be quick and attentive; the game is yours.

This is all for you on today’s ride. Your heart and body must possess Excitement and enthusiasm to play these thriller games with your friends. Let’s play together and enjoy the sometimes steady, though short life of science-fiction video games. 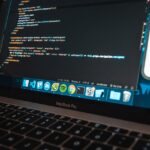