An OCD subtype known as hoarding OCD is characterized by persistent intrusive thoughts and compulsive actions related to accumulating items and finding it difficult to let them go. People who have hoarding OCD frequently have intrusive thoughts about collecting or maintaining objects (such as, “I need to possess this item.”If I don’t receive it, I won’t be able to control my emotions,” or “If I toss this blouse I received as a birthday gift away, something horrible could happen to the person that gave it to me.”

Hoarding disorder is distinct from hoarding OCD. Hoarding disorder is now recognized as a separate diagnosis, despite the fact that it was once included in OCD. The motivation behind someone’s hoarding is what separates hoarding disorder from hoarding OCD. Hoarding disorder patients gather things because they believe they are worthwhile, but OCD-related hoarding is typically an unpleasant reaction to anxiety and obsessive thoughts. Hoarding OCD sufferers frequently find their collection of possessions to be burdensome and unwelcome. They can believe that if they throw away a certain item, something horrible would happen. In contrast, hoarders place value on their possessions and desire to keep them; as a result, they become distressed when forced to part with them since they don’t want to give up something they view as valuable. You can take help from Dr.R.K.Suri, the best clinical psychologist in Dwarka, South-West Delhi, if you believe that your obsessive and compulsive thoughts is badly affecting your mental health.

Items that feel essential to a person’s identity are frequently the focus of hoarding OCD. Personal letters, old greeting cards, invitations, trinkets, and other items may fall under this category. If they get rid of a particular item, an individual with hoarding OCD could feel like a significant part of who they are will be lost. A person with hoarding OCD could also practise specific purchase rituals or ensure that their home contains a specific number of an item. They might believe, for instance, that they can only buy Coke in multiple sets of two or awful things will happen. They could become obsessed with throwing away particular objects.

Individuals who have hoarding OCD are frequently driven by concerns about contamination. For instance, a person can be reluctant to dispose of their trash because of concern that they will have to handle the doorknob of the trash room, which they suspect may be infected. Or, someone can hesitate to donate their books or clothing out of concern that their items will infect other people’s possessions. An individual who has hoarding OCD also may buy everything they touched in a store out of concern for maybe infecting other customers.

Examples of OCD obsessions with hoarding

Can Hoarding OCD be treated?

Like all forms of OCD, exposure and response prevention (ERP) therapy is the most effective course of treatment for hoarding OCD. The theory underlying ERP is that the best method to cure OCD is by prolonged exposure to intrusive thoughts without indulging in compulsions. Your need to confront the compulsions only grows stronger if you keep reaching out for them. However, when you restrain yourself from acting on these compulsions, thus you are teaching yourself a different way to react and are highly likely to observe a noticeable decrease in your anxiety.The gold standard for treating OCD, ERP has been shown to be 80% effective. Most patients see improvements after 12 to 20 sessions. You will keep note of your hoarding-related obsessions and compulsions as part of ERP therapy, and you’ll develop a record of how upsetting each idea is. In order to gradually expose yourself to the circumstances that trigger your obsessions, you will work with your therapist. You can consult Dr. R.K.Suri, the best clinical psychologist in Dwarka, South-West Delhi, who can works with patient and patient’s obsessions, and work toward goal that entails managing the symptoms of hoarding OCD. 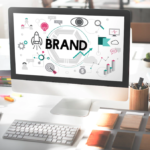