“Google has started replacing some of its Android apps in Chrome OS with Progressive Web Apps!”

This news on the famous American Technology and Science-News brand, ‘The Verge’, has put light on why Progressive Web Apps (PWAs) have gained so much popularity recently. PWAs have gained more attention after the announcement of Apple to support Safari with the help of Service worker and Web Manifest. In the mobile technology, native apps are considered to be most sought after apps because of the experience they provide, however with the advent of digitalization, PWAs also are equally making mark and have come up as a cost effective way by providing a great web experience with native features. Google and Microsoft are also pushing PWAs for ensuring that businesses provide an improved web experience.

This article is a summary of what are Progressive Web Apps and their key benefits. Let us have a look at how they are gradually becoming a hot trend for start-ups as well as small and large enterprises.

What are Progressive Web Apps?

PWA is a web based application having look and feel like a native mobile app.  As these are web apps they can be run from anywhere on the internet making it platform independent. The PWAs have extra features than the regular web pages, due to which they provide an exemplary user experience. They are developed using modern APIs for delivering native-like capabilities and reliability. With a single codebase, these apps can reach anyone and anywhere, on any device with ease.

In some cases, PWAs are even faster and more functional than their native mobile app counterparts. They are built using HTML, CSS and JavaScript and run on top of a script named a service worker. Chrome and Firefox are the best browsers to support them.

Here is a glimpse of the giant companies using PWAs:

There are several features and capabilities of the Progressive Web Apps which are contributing to providing an amazing web experience to the users. These features enable the PWAs to behave in the same way as a native mobile application.

They can be quickly installed and can load instantly. PWAs cache and serve images, text and other content efficiently, which enables faster working of the apps. They are highly secure and reliable for continuous use. They provide a smooth and immersive experience to the users. PWAs don’t require a ton of a space like the native apps. They don’t need much storage on the device as well. Also, they use lesser data as compared to the native apps. As a result they give a better performance.

As PWAs work on HTTPS protocol, they provide safe data and reduces the risk of security issues. This protocol prevents tampering of content and snooping.

PWAs can seamlessly work in offline mode thereby giving a better native like experience rather than navigating the user to default offline page of browser. It runs flawlessly in poor internet connectivity conditions as well.

PWAs do not have to be explicitly updated unlike native apps as they get updated automatically when connected to the internet. They are updated the moment they are loaded in the browser. This also saves the data to a large extent. So, there is no need for approval from the play stores, unlike the native apps.

Since PWAs are accessible everywhere, they can reach a wide range of audiences at once. The business owners don’t need to launch mobile apps on different platforms like Android and iOS. They can be accessed on both Android and iOS devices through a browser. PWAs help to boost the page views. They enhance the mobile traffic, increase the engagement of the users and also hike the conversion rates. They lower the bounce rates. They enhance the accessibility and search ability of the app.

The future of Progressive Web Apps is bright. PWAs are time-saving and cost-effective options as the developers don’t need to write three code-bases for iOS, Android and the Web separately. They eliminate the need to install or download an app from the play stores while saving the efforts of the users. They are responsive to any screen sizes.

With so many practical benefits to offer, more and more companies are moving towards progressive web apps development. There are some challenges too, but their benefits surpass these challenges.

Develop your progressive web app with Biz4Solutions, a reliable technology partner. It is a leading Texas-based web and mobile app development company having 8+ years of experience with global clients. Get in touch with us to know more. 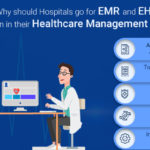