According to Wikipedia The iPhone 11 is a smartphone designed, developed and marketed by Apple Inc. It is the thirteenth generation lower-priced iPhone, succeeding the iPhone XR. It was unveiled on September 10, 2019 alongside the higher-end iPhone 11 Pro flagship at the Steve Jobs Theater in the Apple Park, Cupertino by Apple CEO Tim Cook, with pre-orders beginning September 13, 2019 and official release on September 20, 2019, exactly one day after the release of iOS 13.

The prominent changes compared to the iPhone XR are the new Apple A13 Bionic chip, and a new ultra wide dual camera system. While the iPhone 11 Pro comes with a new 18W Lightning to USB-C fast charger, the iPhone 11 comes with the same 5W charger found on previous iPhones; even though both models can utilize this faster charger. 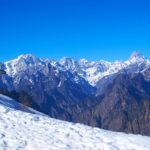