Are you planning to build a captivating and custom mobile app for your business but confused about which framework to choose? Flutter could be the best choice!

In this era of cut-throat competition, everyone is looking for new frameworks, tools, and libraries to ensure time-driven app development and top-quality product. Flutter is one such framework that simplifies the mobile app development process and keeps up with the ever-growing business requirements.

Google first introduced Flutter in the year 2015 and officially launched Flutter 1.0 in Dec 2018. Also, Flutter 1.12 was released with many enhancements in Dec 2019 by Google. Recently, Flutter has gained a lot of popularity and is being highly preferred for mobile app development by the enterprises worldwide.

In this article, we have outlined the potential benefits of using Flutter in mobile app development.

Flutter is an open-source SDK used for architecting native-like applications for platforms like Android, Windows, iOS, Linux, etc. It is a cross-platform tool that uses a single code-base to develop apps for different platforms. As a result, development becomes faster and cost-effective for Flutter app developers. It has a detailed documentation available for the developers with easy examples to resolve their doubts and queries, which makes it easy to learn and use for the developers.

Flutter has two major components- the SDK, a collection of tools and a framework with UI Library, a collection of reusable UI components. These components help to develop attractive and feature-rich mobile apps. Also, it uses the Dart language to build apps, which makes the programming easier.

Why Flutter is highly used for mobile app development?

We have seen a few leading reasons why Flutter is being highly preferred by businesses and even individual app developers for mobile app development. It enables easy integration, offers great reliability and the apps developed in it provide a seamless performance. Many developers have already fallen in love with this SDK. 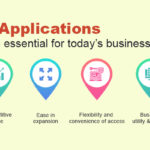 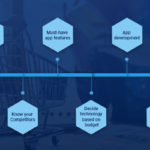